Twitter has finally increased the size of images in the tweet stream. As the digital world has evolved into a visually rich experience, Twitter has been noticeably slower to do so.

Twitter has announced that it will be uncropping photos to capitalise on visual moments that is the gold of Twitter. Video, images in my opinion are the “live” moments that Twitter should be capitalising on. The mountain text that the Twitter stream can be, is the total opposite to engaging. Facebook users know this and Snapchat for sure knows this. Visual wins. 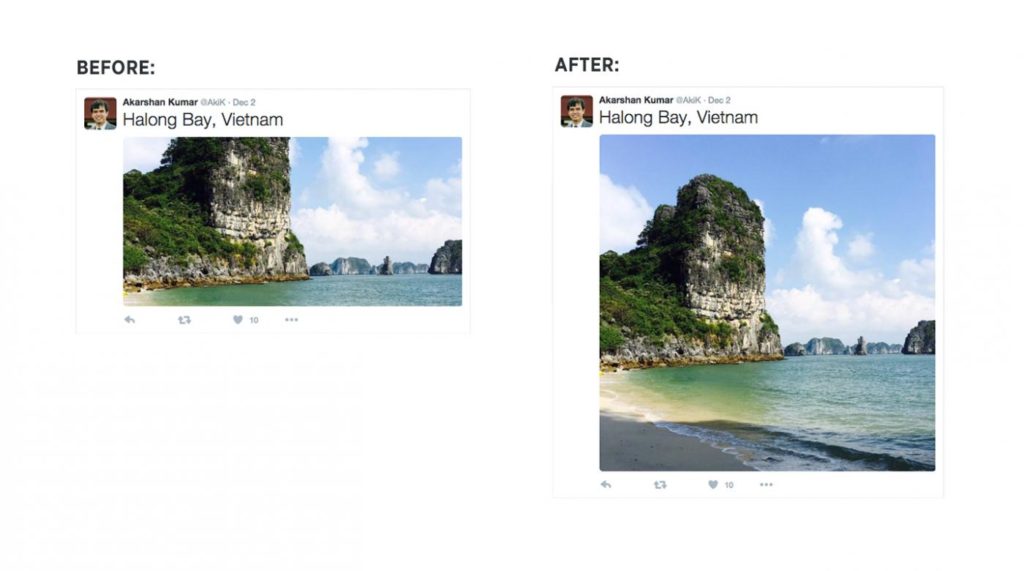 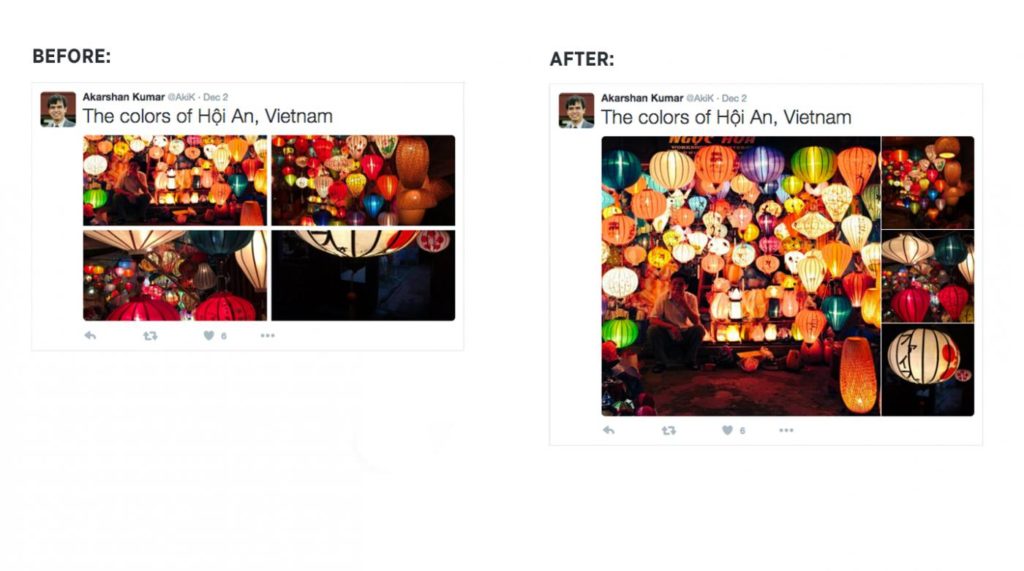